A long-established colony of Elachista argentella

On 27 May 1982 I noticed vast numbers of Elachista argentella, a pure white micromoth, on
the roadside bank outside the next door garden to my house in Penyrangor, Aberystwyth,
SN581808. The identification was confirmed by G. S. Robinson. I estimated 200-400 on each
1 square metre of the bank, which was 18m long and 1.5m high, making a total of c.8,000
moths. They remained in similar abundance for at least 5 days in hot dry weather. By 20
June only c.8 were left.

The moth is widespread and common in Britain, and the larvae mine the leaves of various
grasses, especially Red Fescue which is abundant on the bank. I have kept an eye on the
population ever since, but have never seen a specimen anywhere else along the banks by
this road, where the vegetation is very similar, except on this one stretch. The population
has persisted now for over 30 years, but never again in such abundance. Recently I have
noted the dates of first emergence:
2006: 5 May
2007: 17 April
2008: 1 May
2009: 24 April
2010: 1 May
2011: 15 April
2012: 28 April
2013: 17 May

Not unexpectedly, this year has been by far the latest, and while the maximum numbers
have recently been in the low hundreds, this year the most seen at one time has been only
five. 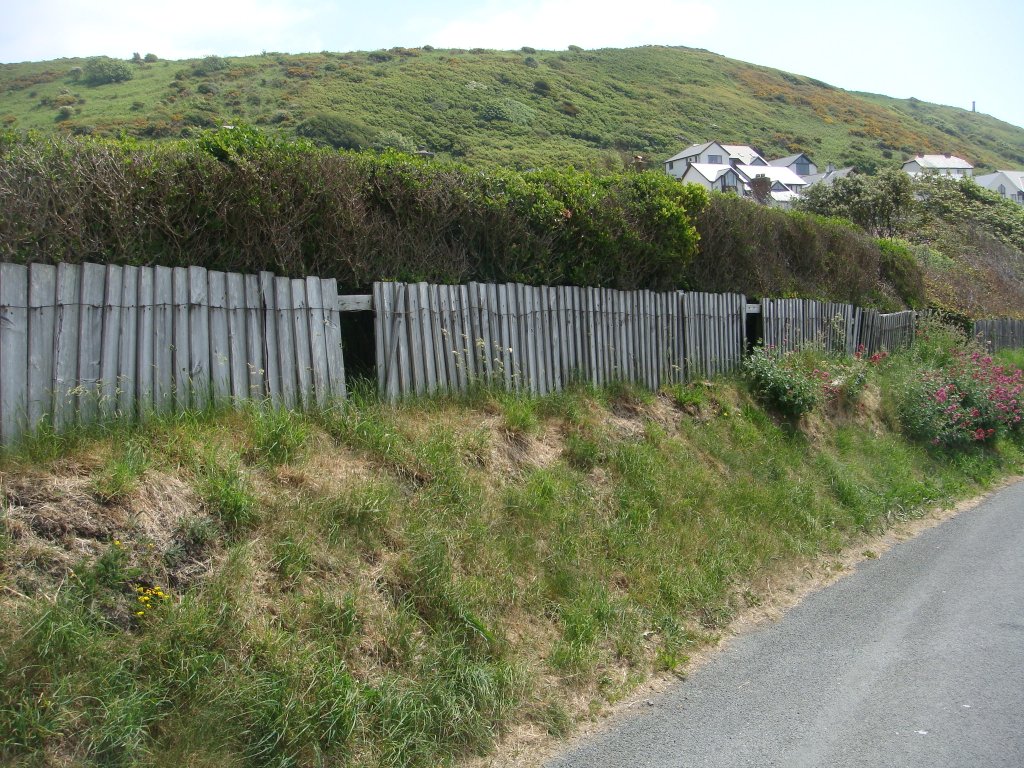 The bank at Penyrangor, looking SSE, May 2013
Posted by Ceredigion Moths at 20:58