In the 14 species of moths caught on the bog last night was this Vestal.
Tony & Ina 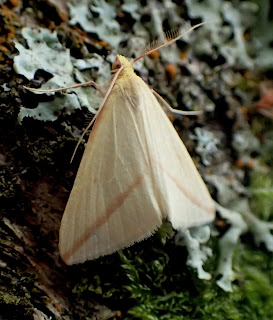 Posted by Tony Allenby at 14:51 No comments:

Returns from the garden trap have been rather poor recently so we went all out with an MV light last night. The results were no better with 4 moths: Grey Shoulder-knot, Large Wainscot, Silver Y and Red-green Carpet.  More excitement came from the scuffling and tapping noises from a rain water down pipe not far from the trap. We managed to lift the pipe enough to release a Great tit, which flew off apparently unharmed.
Tony & Ina 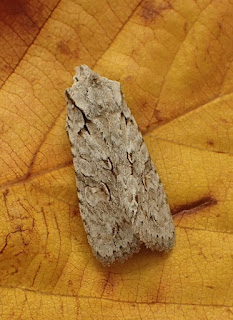 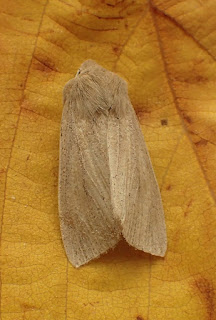 Posted by Tony Allenby at 11:32 No comments:

Not a great deal of Ivy still flowering but traps close by Ivy in woodland produced 27 (minimum) macro species. These included the 6th record of Tawny Pinion in the county - 3 of these were last year. Most numerous - 94 Chestnut, 56 Red-green Carpet & 56 Yellow-line Quaker.
Six micro species including the second Diurnea lipsiella, the first was in the RIS trap at Tregaron.
Also at least 10 Hornets, not as placid as they usually are.  Ina & Tony 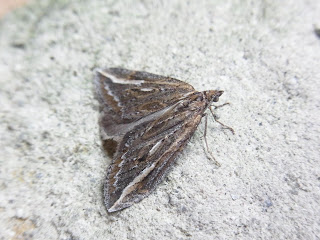 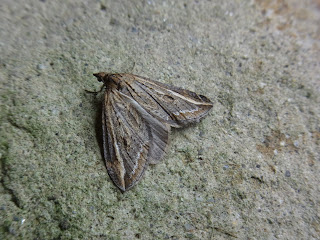 Posted by Tony Allenby at 13:45 No comments:

There was little actually in the garden trap last night, but the fence next to it was popular, attracting Cosmopolitan and Pearly Underwing: 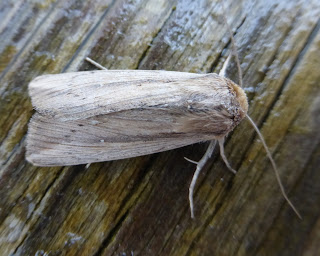 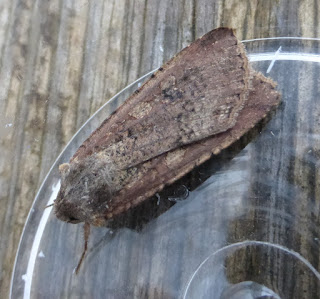 A supporting cast of Rush Veneer and Silver Ys suggested a good night for migrants, and two Blair's Shoulder Knots were my first of the year.
Posted by Simon Cox at 19:29 1 comment: