On the hill next to Soar Y Mynydd today the giant machines were removing yet more trees to feed that hungry Swansea power plant but just below on a sunny track lined with heather, gorse and fireweed in flower were two excitements for me: Toffy disturbed an Anomalous which hid in some bracken but flew off before I could get the cameraman in position.  I caught one on the cliffs at Strumble a couple of years ago and went recently to repeat the experience (well really to look at seabirds) but Bertha's tailend blew the trap over so I was more than pleased to see one within the County today.  Further down the track was this splendid caterpillar which according to UK Leps is in the instar just ready to hibernate for the winter.  When it wakes up it will stuff itself on the appropriate grasses and pupate in June so we can enjoy the adults in July and August.
I'm probably alone in being pleased to see 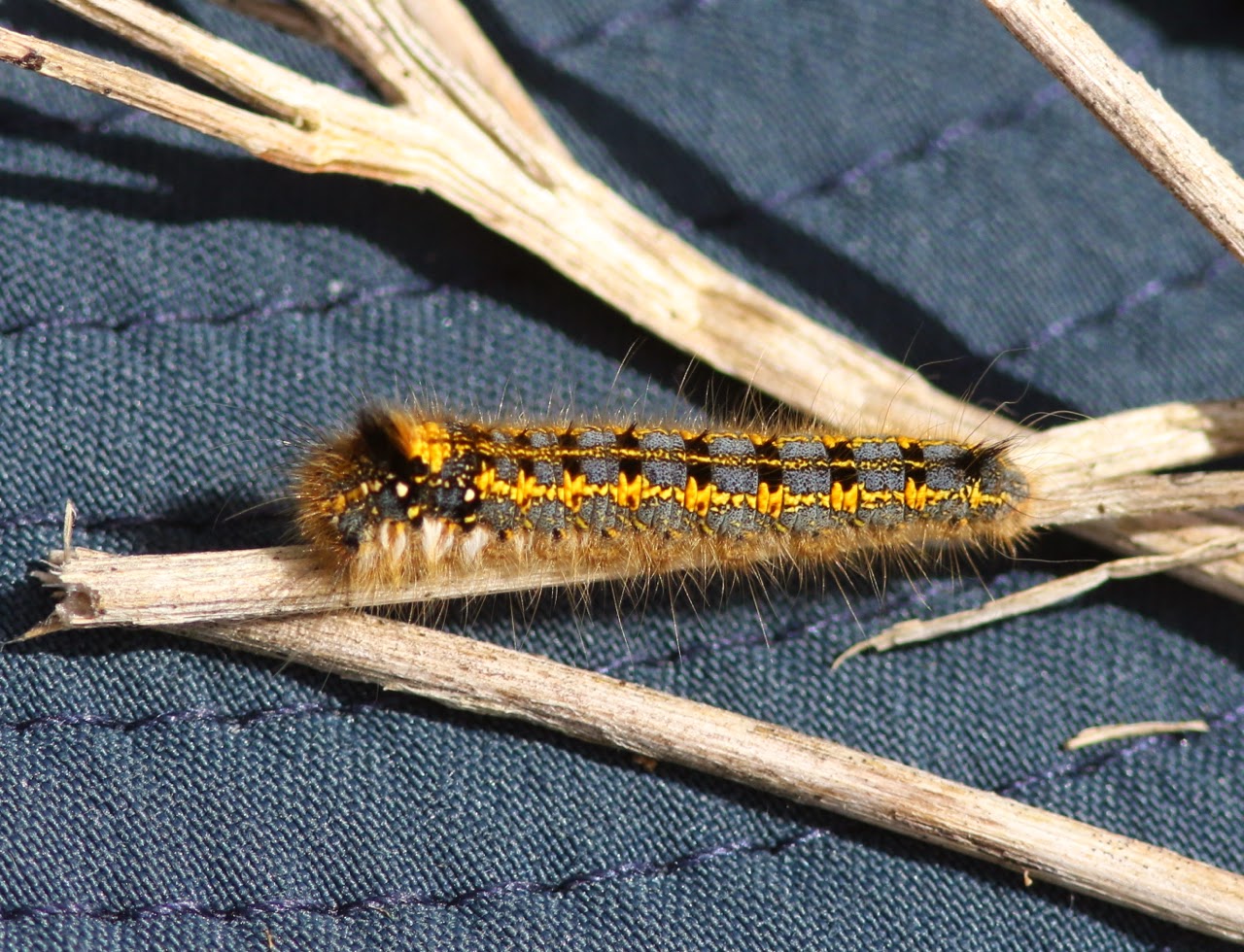 Drinkers which thankfully still seem to be abundant, perhaps its because they feed cuckoos and nightjars, such extraordinary birds.
Posted by lizsnell at 19:35