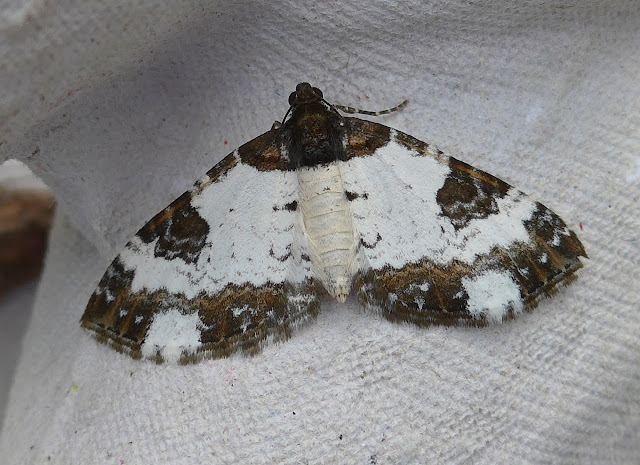 In the trap this morning despite a chilly breeze early on.  I am quite excited as I really didn't think there could be a colony in one lone bush, and to think Timmy, my weed puller, said he'd give it a trim next week as its expanding fast!  Red says there is a plant up near Ystrad Meurig on the railway line and Arthur shows plants to the north and west but a long way away.  My plant was about 15cm high with 4 or 5 shoots when I planted it about 8 years ago so could have had eggs on it I suppose.
I've put it back under the plant and told it not to venture out to the south west and get in range of Tillo's Roth trap!

Thankyou Rosemary and Ian for encouraging words.  Previous records according to Fowles were in 1979/80 at Llechrhyd.
Posted by lizsnell at 11:25