Second try with the new Emperor lure was very effective.  We had three males within a minute of opening the box!  For the next hour or two, despite putting the lure away in an airtight box, I was followed by the little darlings.  As we have no idea if these were the same males we have only recorded four. We did get back in the car and drive half a mile further on and I was still attracting them!  Powerful stuff!!
Sorry about the rubbish photo, they would not keep still for obvious reasons. 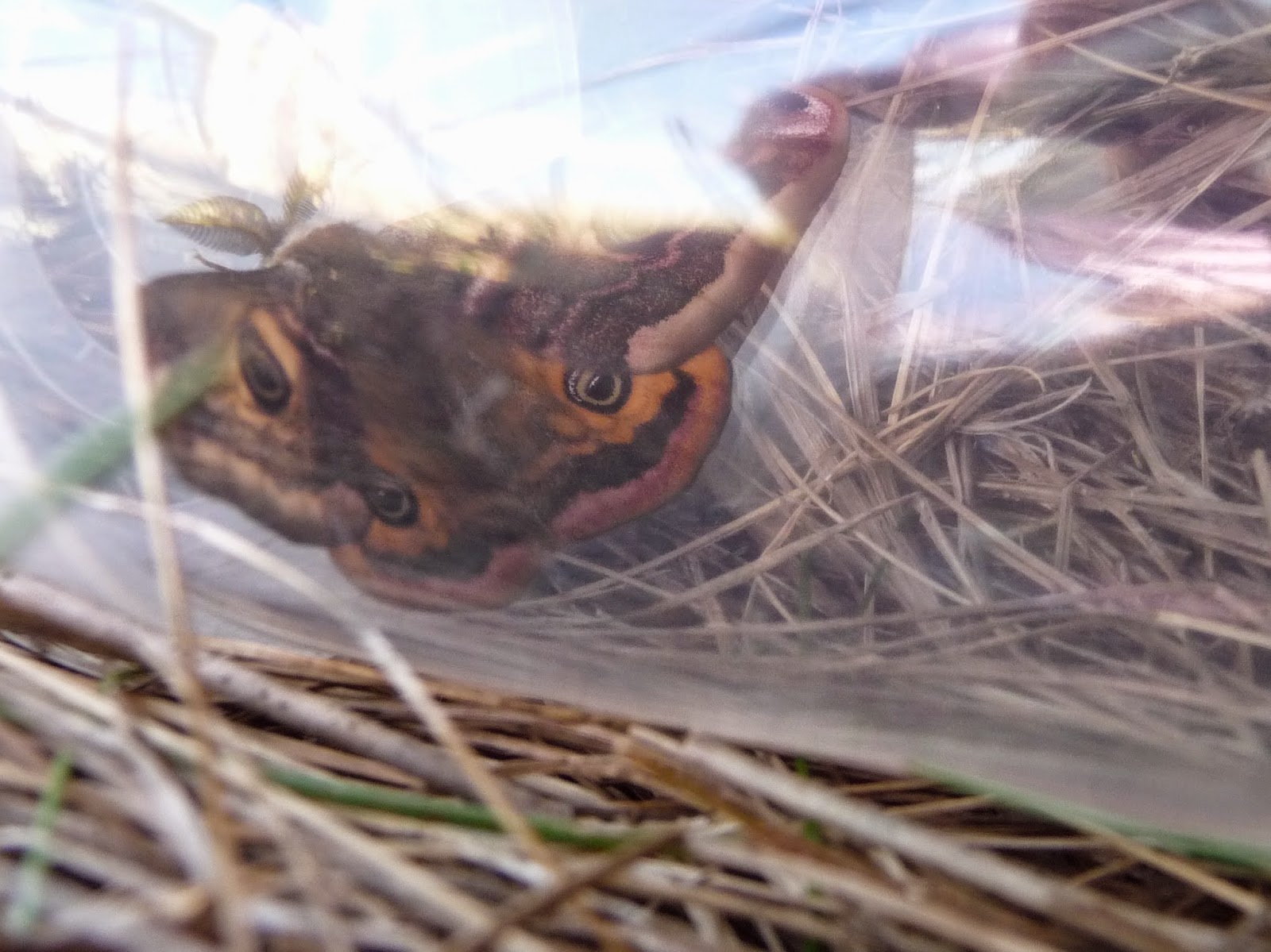 I don't think the moths were absent from my first location, I was just a little early.