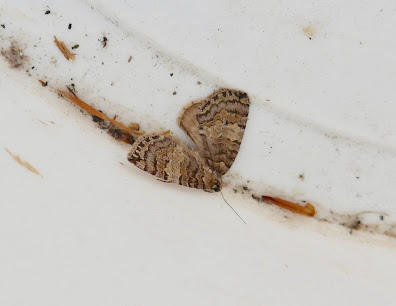 As an antidote to all the marvellous pics here is an awful photo of a rather lovely moth in its death throes.  It was well marked and fresh so either the midges or a massive beetle had a go at it.

Fri 28th: 15w synergetic 15 sp. 21 moths including a fresh Cinnabar, which I haven't seen in a trap before.