Steve Walsh caught this Cypress Pug in Bow Street this week. This is the first Ceredigion record for this species, which is established in southern England and south Wales. They have been extending their range steadily northwards since being first discovered in Cornwall in 1959.

On the same night Steve also recorded a Palpita vitrealis, only the eighth county record. 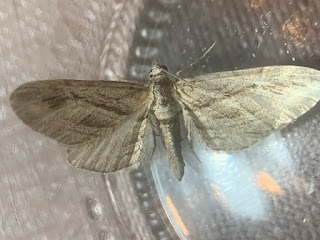 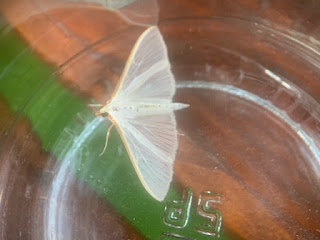