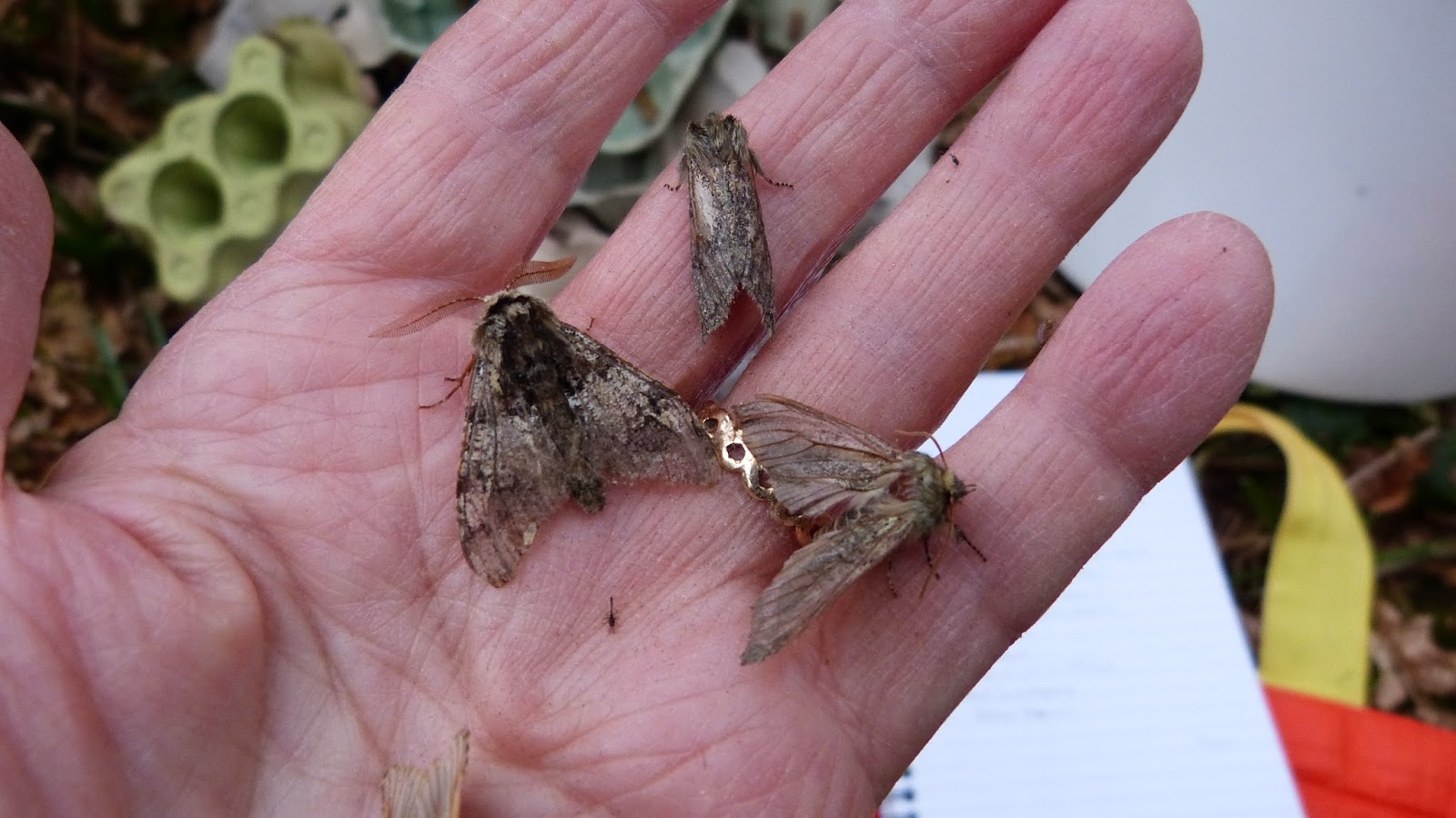 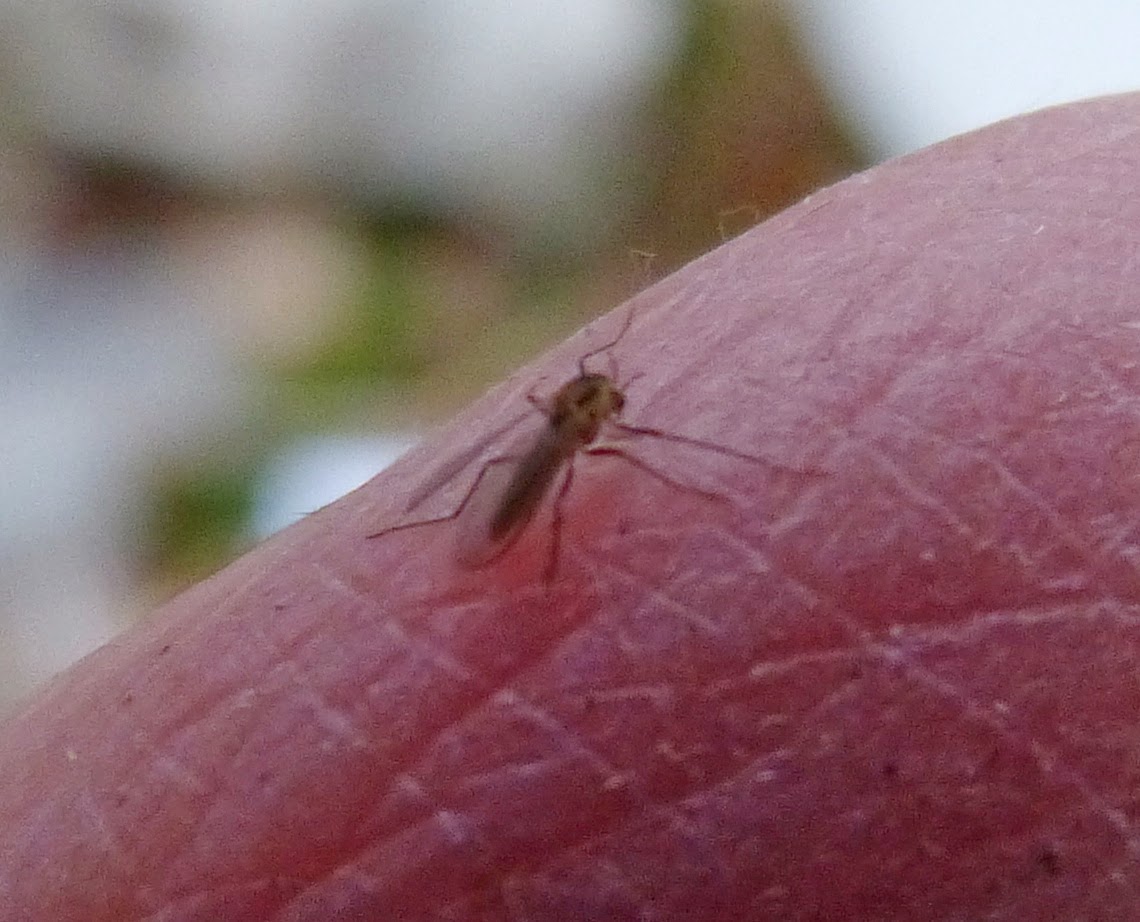 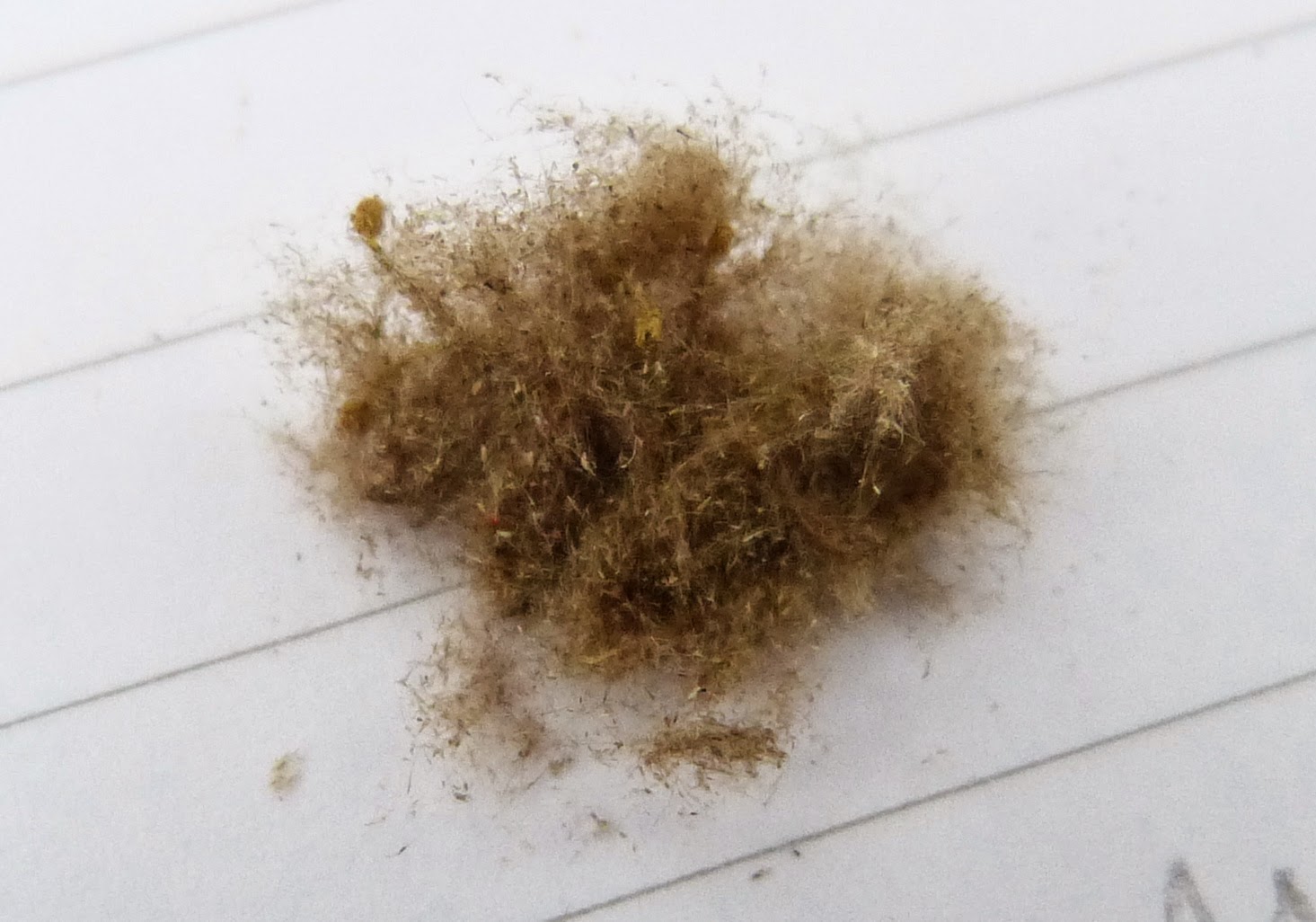 Last night at Coed Y Bont or Coed Dolgoed as it is on the maps: 100 macros, 1 micro (A ocellana), and the first Early Tooth Striped for me this year, almost discarded as a Mottled Grey in the woodland and early morning gloom!
I have read many tales from moth-ers who have had their traps filled with all sorts of horrors and last year I had a box of wasps from the walled garden at Llanerchaeron but this has me puzzled:
In the rain funnel which sits in the bottom of the trap I saw a number of moth heads and turned the small funnel upside down to shake them out.  In doing so I saw the narrow end of the funnel was blocked by what looked like something out the Hoover bag. In pulling it out I discovered it was full of tiny fly/midge creatures and the moths were either dead or severely depleted of scales.  The furry stuff is actually moth scales but what were the bugs doing in it…nest?
I'm sure there is an entomologist out there who has seen this before so any explanation would be welcome.
Posted by lizsnell at 10:37