Given that the size of this pug is only about 21mm, I’m thinking second generation Currant Pug rather than Wormwood Pug even though it seems to lack a prominent white tonal spot.

I accidentally ‘unpublished’ this after Tony had commented that a Triple-spotted Pug fitted the photos and description. Sorry Tony. I always seem to have problems with Blogger when it comes to adding comments. I’ll record it as Triple-spotted Pug. I’d rather dismissed this possibility as it is described as Local and Rare for the county.

I put it in a tube on Tuesday. When I went to photograph it, our dog knocked the tube out of my hand and it flew off in the kitchen. Later that evening it reemerged so I got a couple of photos before releasing it. 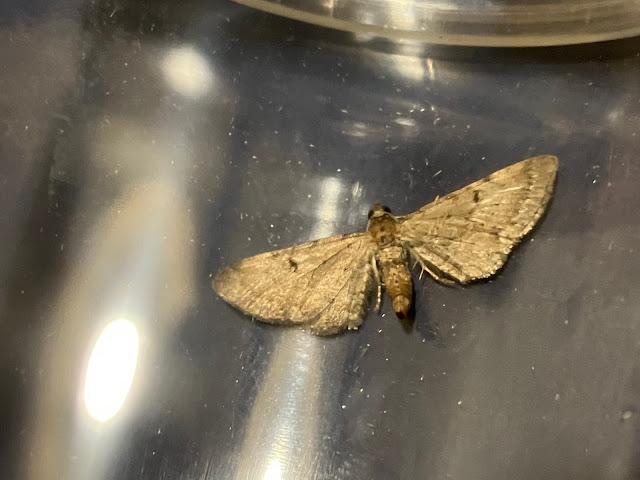 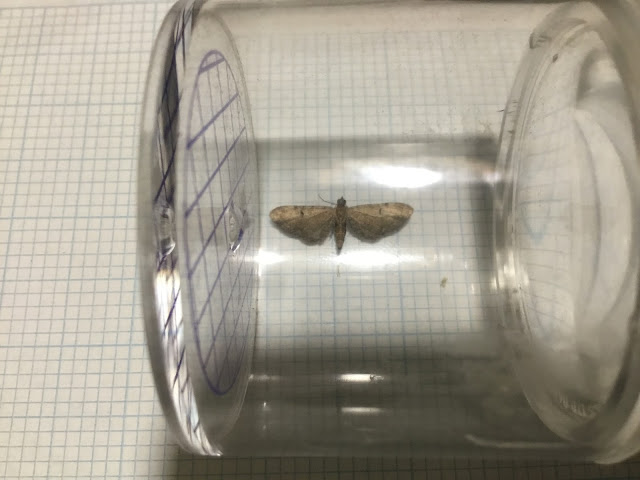