A lucky visiting moth'er had a surprise in his trap in New Quay this morning, a Star-wort, Cucullia asteris. This nationally scarce species was last recorded in Ceredigion in 1992. There are only 11 county records between 1952 and 1992, 7 of which came from the RIS trap at Aberporth. One of the records is also from New Quay, on 24th July 1954. Thanks to David Kirk from Hemel Hempstead for catching and reporting this moth. Also thanks to Pete Skinner for the photographs below. 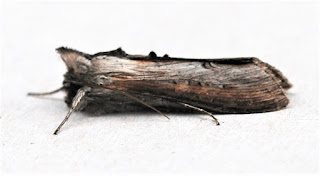 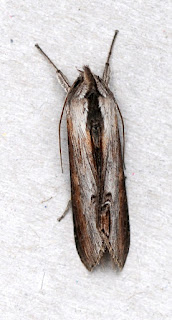 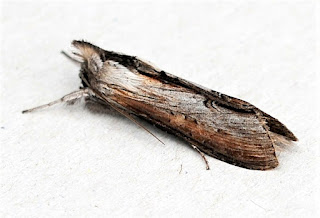 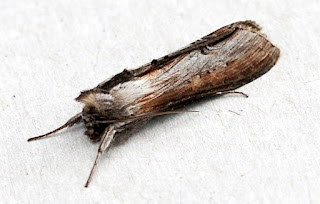