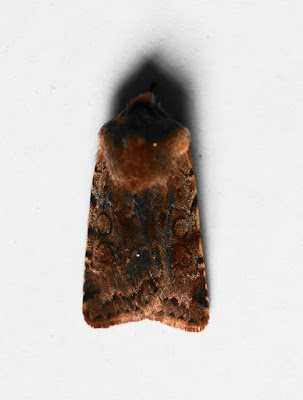 It's nice to have it a bit dryer and less windy, though it's still pretty cold. This didn't deter a few moths from venturing into the trap over the last few nights. Hebrew character, Chestnut, March Moth, Twin Spot Quaker and these two. I had to seek help from Tony identifying the Red Chestnut, though he tells me that I recorded them in 1989,1990 and 1991. I expect that back then it was Ian Tillotson telling me what they were. 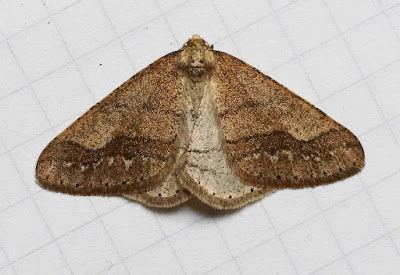