Pete Skinner reported this Common quaker from his trap last night. There have been several unusually early records of this moth from around the country, and this is the earliest record for VC46 by 6 days. He also caught several Chestnut moths. 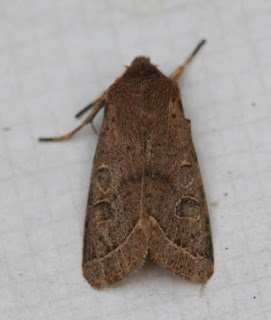