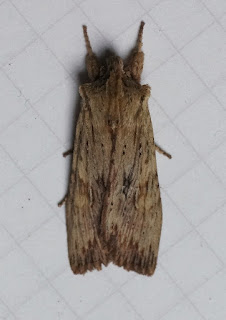 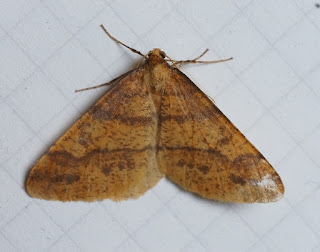 Just as I thought the season had tailed off, a couple of new moths in the trap last night. A Pale Pinion and a rather bruised Scarce Umber. Tony tells me that I recorded the Scarce Umber in 1989 and 1991 but the Pale Pinion is new to the site. I am trapping later than I did years ago so am in new territory. These spur me on to continue. It's new territory for the site as well so who knows what might turn up?