I have acted as volunteer warden at Elenydd Wilderness Hostels Trust's two remote upland hostels, at Tyncornel and Dolgoch, coming down from Cumbria for a week or two almost annually for the past twelve or so years, and recorded moths at both places. However, almost all my past stints there have been in early Autumn so my species lists became somewhat repetitive. (Only once before had I tried an earlier week, at Dolgoch in May 2012, and with frost every night saw fewer than a dozen moths.) For a less risky change in 2016 I did my Dolgoch week from 10-17 July and ran MV lights over sheets outside the hostel building each night along with Heath traps at varying locations nearby. Dolgoch is around 300m above sea level and in the remote setting shown below just off the old Tregaron to Abergwesyn drovers' road. The River Towy, just a field away from the building, marks Ceredigion's eastern boundary with Carmarthenshire. 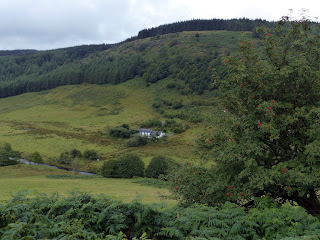 I'd previously recorded around 75 moth species at Dolgoch, and with my 100 species this time was able to double my cumulative list in a single week, simply through choosing a different time of year and being blessed with relatively mild nights. The building has no mains electricity so I ran my generator with the two MV lamps from around 2200 to 0100 each night. I'm using this blog now simply to share some of my mothing experiences and to seek help with a few queries before I submit my records. With the deadline for submission for the forthcoming macro moth atlas at the end of this year I'd like to get these cleared up fairly quickly and get my records to your county's recorders. Tyncornel and Dolgoch hostels are only around five miles apart but fall in different 10 km squares (SN75 and SN85 respectively), so many autumnal species will have gained a couple of dots in the atlas. Apologies in advance for the quality of most of the images and for the unimaginative presentation below.

Does this look OK for Fen Square-spot, not a species I'm familiar with? 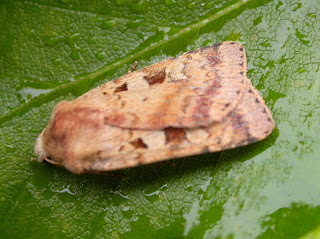 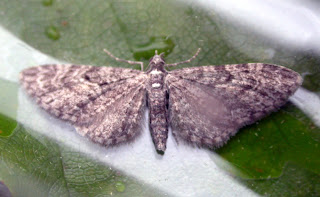 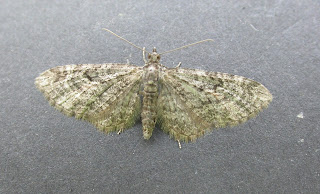 And this Belle at actinic light on 15 July. Distribution maps and date would suggest July rather than Lead but I wouldn't want to rely on this. Any thoughts? 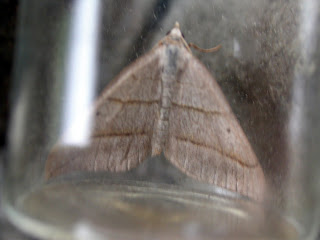 Gold Spot, rather than Lempke's, the latter having a more northerly distribution? 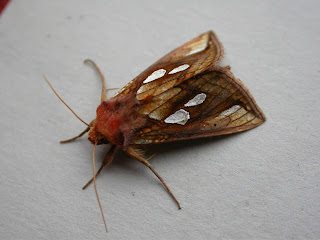 Double Line was a new one for me, not normally occurring as far north as Cumbria. 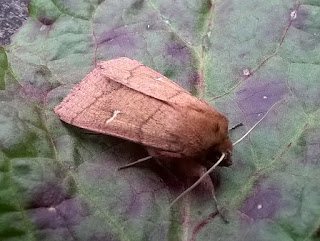 And could anyone comment on the likelihood of this being Depressaria pulcherrimella? 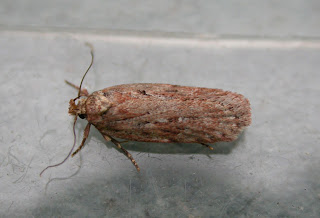 I'm planning a Spring week at Dolgoch in 2017 or 2018, and hoping 2012's chilly experience won't be repeated. Modest though my records are in number they will have helped to put dots on the map in an otherwise sparsely recorded corner of your county.

I'm away for the next week or so and may not be able to access the internet so please forgive me for failing to give a quick response or thanks for any comments received.