A rather meagre haul last night - 24 moths of 19 species - was improved by a Bordered Straw. Less notable FFYs included Elephant Hawk Moth, Knot Grass and White-spotted Pug, and it was good to see Tawny-barred Angle in the garden trap. 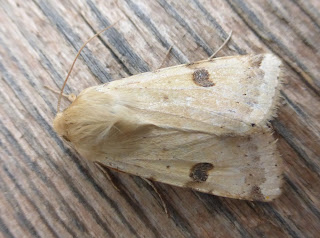 I've had up to two Tachystola acroxantha in the trap recently (but not last night) and Alder and Marbled Coronet last weekend. 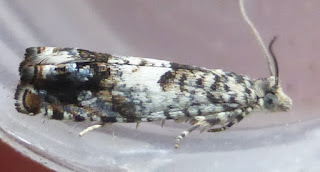 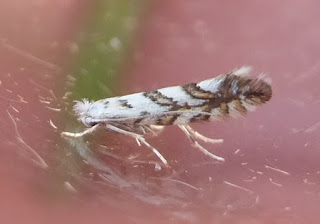