We found this young larva in our woodland moth trap on the fourth of July this year and as we had no idea what it was we decided to try and rear it. It conveniently took to eating bramble leaves and went through four instars before pupating a month later.  The adult moth finally emerged 5 weeks later revealing itself, somewhat to our surprise, as a female White Ermine; unfortunately its wings failed to unfold properly.  Is this a partial second generation moth or was it too well fed and nurtured emerging early instead of pupating over the winter? 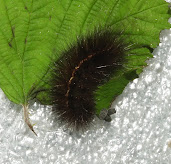 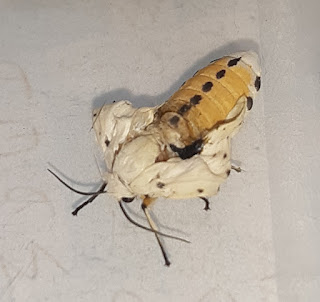