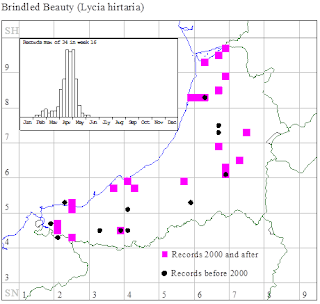 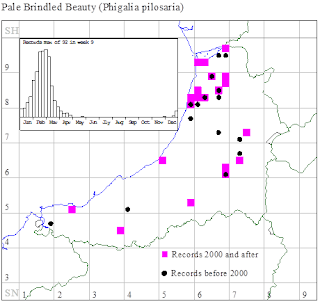 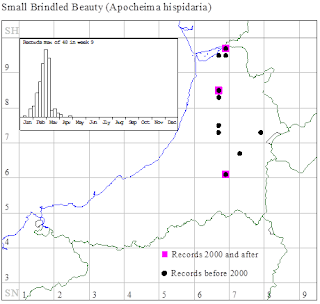 The following graphs show the number of Ceredigion records per year for each species over the 50 years to 2015. There are separate lines on the graphs for: non-Rothamsted(RIS) records, RIS records from Ian's trap at Tregaron (which he has operated for the last 40 years), and all other RIS traps which have run in several different places for varying amounts of time.
﻿
﻿
﻿ I am not sure what, if any, conclusions can be drawn from this!