As reported by Liz, a nice damp night near Gwbert produced some interesting moths. As well as the Black-banded from one of the traps, Ina potted a second from the window of the bar of the hotel where we were staying. Back in the 1980s Adrian Fowles reported that a colony of Black-banded was discovered in this area in 1962.

We also caught two micros, which may be new records for the county. These have yet to be confirmed. The first was Rhigognostis incarnatella, which was discovered in Pembrokeshire within the last ten years, previously being reported from Scotland, Northumberland and parts of Ireland. How did it get to Wales? Could it have arrived by ferry to Fishguard?
The other was Epermenia falciformis which is common in south and eastern England and local in northern England. There are some records from Wales but none we know of from Ceredigion. Unfortunately not a great specimen and photographed through glass. 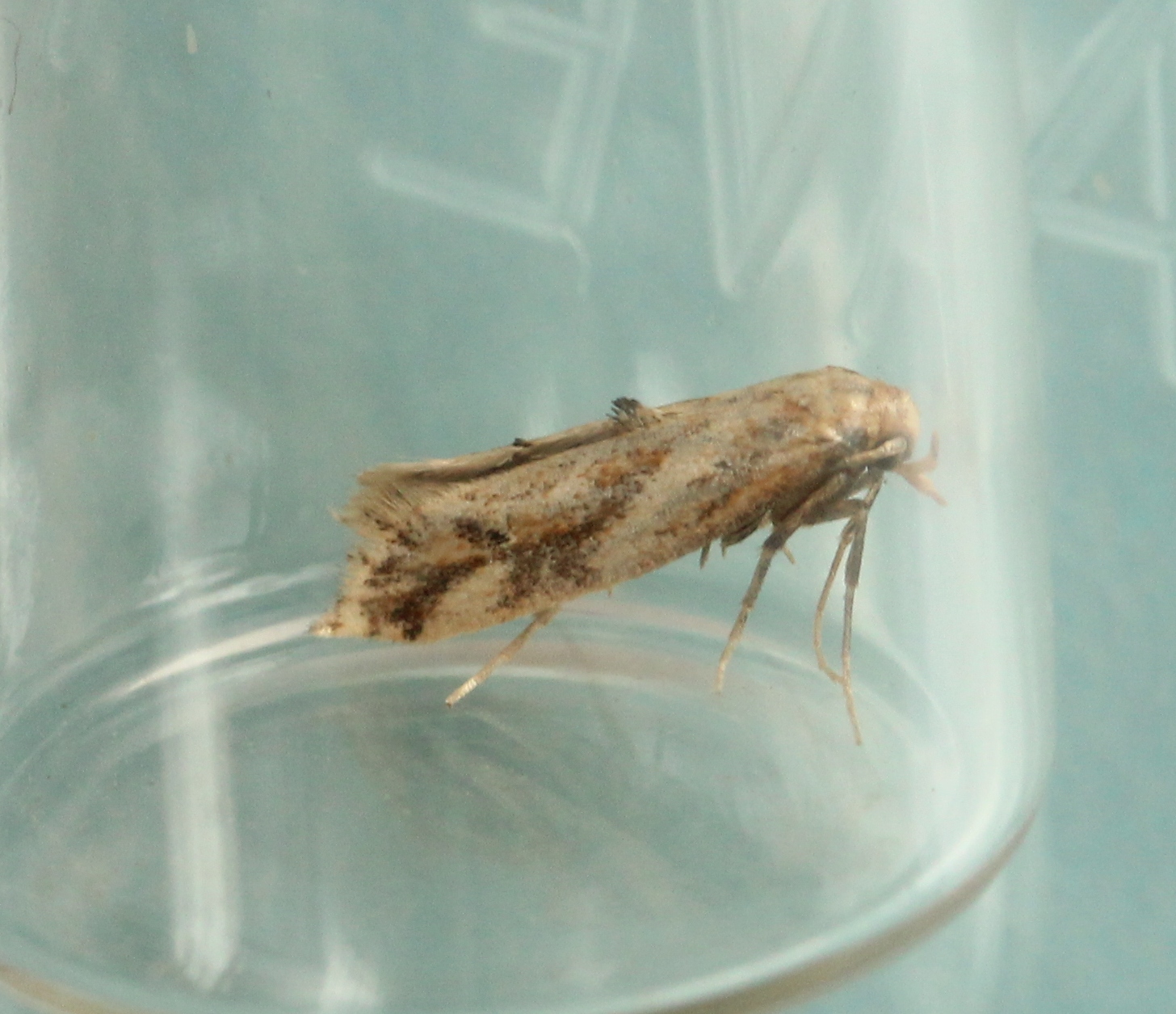